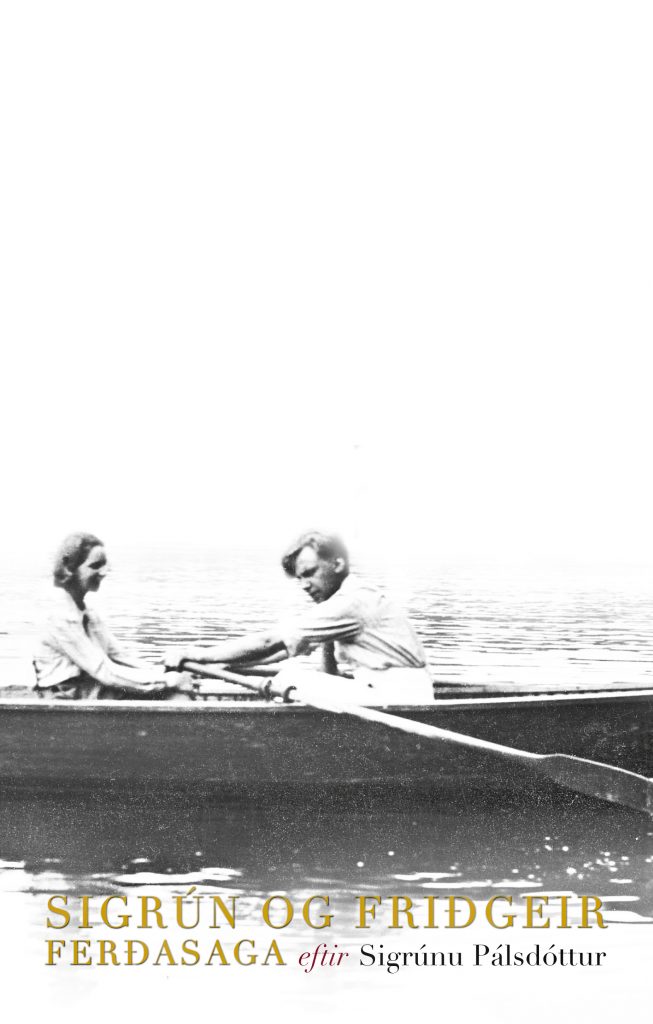 In the autumn of 1940 an Icelandic couple, doctors Fridgeir Olafsson and Sigrun Briem, set off to the United States for specialized studies. After four years there and in Canada they returned to Iceland, he with a Ph.D from Harvard University and she having completed her internship working in children’s hospitals. Their stay in America had been like an adventure and did much to satisfy their great ambitions, but what had changed everything and molded them more than any other experience on this long journey was the birth and raising of three children. Sigrun and Fridgeir are truly symbols of the bright hopes of Icelandic medical science, when they board the Godafoss in autumn of 1944, but they are also parents convinced of their most important role in the near future.

Uncertain Seas is a story from World War Two that not only touches on many aspects of Iceland’s history in the 20th century, but also draws in a rich variety of scenes from American social history. The book describes, among other things, Sigrun and Fridgeir’s encounter with poverty and violence in that country’s cities (such as in New York’s Harlem district), popular culture and the rise of powerful institutions and corporations in American society, wealth accumulation and the ever increasing emphases on scientific and technical progress. As well as being bound up with the world of medical science, the couple’s life in America also involved running a home, the availability of new household appliances, and the demand for domestic help during wartime. Their story certainly complicates the picture we have of the role of the housewife during the forties in the United States, the attitude to black housemaids, relations between the sexes, and the role of fathers in bringing up children.

Uncertain Seas is based on letters and diaries the couple kept from the time they departed for the United States in the autumn of 1940 until they returned to Iceland from New York in the autumn of 1944. The writer also uses a number of photographs to illustrate events and precious moments in the life of the family, but the story of what happened on board Godafoss after it was torpedoed by a German submarine is told here from a new angle, with Sigrun, Fridgeir and their children at the centre of the action.

“Precise scholarly work, combined with a cunningly conceived and straightforward presentation make this a unique title on the borders between biography and history. ”
Hagthenkir Award Jury

“Palsdottir is a wonderful writer who is able to exploit the strictures of historical accuracy to create a story that contains a more interesting cast of characters and more exciting development than most novels. The final chapter, describing the five minutes it takes the Goðafoss to go down, is written with such great feeling and insight that it makes the reader’s hair literally stand on end and the tears flow. A totally amazing experience … A fantastically well written and thought-provoking story about a couple whose fate was cruel. A more powerful read than most novels.”
Fridrika Benonysdottir / Frettabladid daily

“In this book – as in her earlier Thora the Bishop´s Daughter, and Tribulations of the Icelandic Elite – Sigrun Palsdottir demonstrates her unique talent for setting personal narratives within their historical context, bringing them to life in an accessible and utterly memorable way … Her ability to use the written word to present powerful images and recreate singular events reaches a peak in the final chapter, which is, like the whole book, concise, succinct, and incredibly powerful in its simplicity. Here, history becomes art.”
Audur Aðalsteinsdottir / Spassian.is

“Uncertain Seas by Sigrun Palsdottir is an extremely memorable and well told story of a family whose future seems bright, but cruel fate has other ideas.”
Kolbrun Bergthorsdottir / Morgunbladid daily

“The book is a true work of art, stylistically and in its treatment of the material … The writer is never tempted to embellish or exaggerate, nor is she ever overly sentimental about people’s fates – a fault authors often display with far less excuse … This is a writer of quality. She is also a historian of quality … The book should definitely be a bestseller, in the genre of biographies at the very least … A fantastic book. Many thanks.”
Svavar Gestsson

“A warm and human story of a very cruel fate. Pálsdóttir possesses terrific sensitivity both as a stylist and in how she processes her material … the final chapter will bring the hardest of hearts to tears, because she creates such a powerful image of these people, and one empathises so completely … Booksellers have voted this the best biography of the year … I agree completely with their choice … I am extremely impressed.”
Kolbrun Bergþorsdottir / Kiljan, National TV

“I think this is a really great book, and the quality of what has gone before makes the impact of the final chapter all the more heart-breaking.”
Sigurður G. Valgeirsson / Kiljan, National TV

“She has, as a writer, a unique ability to demonstrate how the threads of social structure and history (both public and personal) are interwoven – not solely involving individuals and all that is implied by the concept of family, but also those wider connotations that cut across the boundaries of nations, cultures and even time … Palsdottir takes material she has collected about a particular family and moulds it into a parable with extremely wide references. Everything is there, large and small – personal ambition, togetherness, the family image, ideas of equality and the value of the individual for society … That aside, Palsdottir has an excellent style that flows effortlessly between facts from recognised source material and the products of her own imagination. Not only is she aware of the necessity to communicate beyond the factual material to hand, she also knows when mere words are useless.”
Frida Björk Ingvarsdottir / Vidsja, National Broadcasting Service